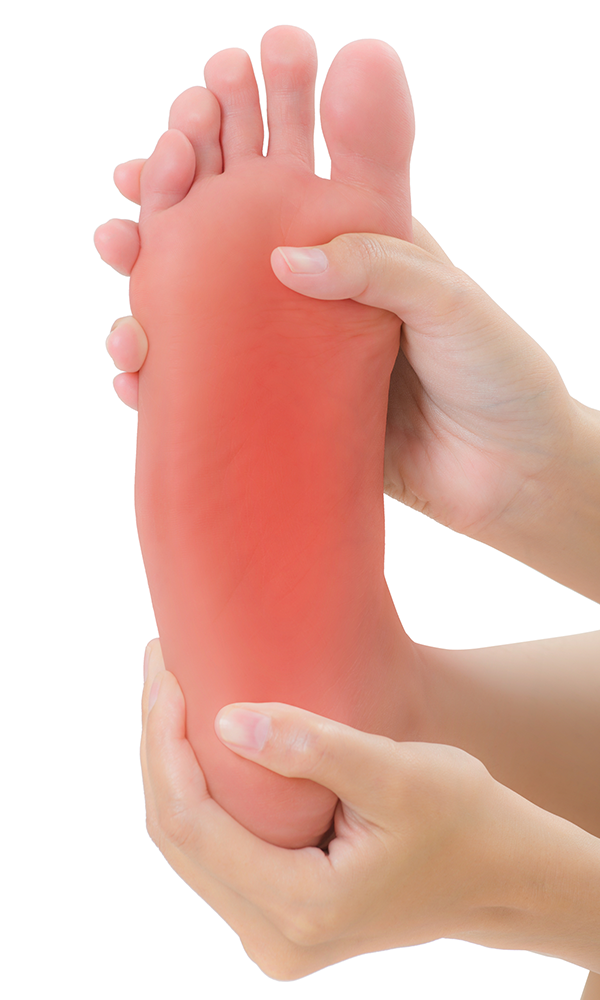 The midfoot is the highest point in the arch and the most common causes of pain stem from overuse, sprains or ligament tears, arthritis, tight calf muscles, being overweight or dropping something heavy onto the foot. Midfoot pain can be caused by walking, exercise and sports and the pain is typically described as achy or sharp, sometimes causing a shooting pain to the toes. Treatment may include stretching exercises, Orthotics, weight loss, or anti-inflammatory injections. If the pain is due to arthritis, treatment may include shoe modifications, orthotics and or arch supports, injections, and anti-inflammatory measures. However, where pain fails to settle, you may be referred onto one of our Podiatric Surgeons to discuss surgery options.

A midtarsal joint sprain is an injury to the ligaments which hold the tarsal bones in the middle of the foot together. Symptoms include pain on the outside middle of the foot, but the exact location will depend on which particular ligament is injured. You may also have swelling on the top of your foot. This sprain is relatively rare, but can occur in gymnasts, footballers, and athletes.

The term ‘Tarsal fracture’ specifically refers to the rare occurrence when one of the Tarsal bones in the rear of the foot is fractured. Tarsal fractures can be sudden onset acute fractures, or stress fractures caused by overuse. The tarsal bones are rarely fractured in isolation, but may occur after a hard impact or from repetitive forces.

If you are experiencing midfoot pain, it’s time you visited Kingsford Foot Clinic
to keep you pain free and healthy.